Saturday 8th of February was the first round of the PCRA 2014 season, and also marked the racing debut of the 1995 ZX6R that I have spent the last couple of months getting race ready after selling the LC to Chops. 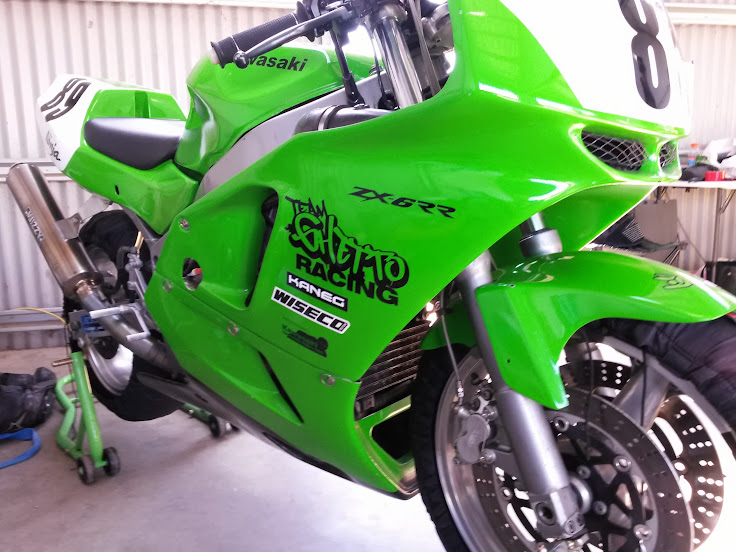 I was pretty nervous going into this round because I knew the bike was good, I’d done all I could to get used to riding it and get it setup right, but aside from comparing some laptimes from my trackdays to some of the rounds from last year, I had absolutely no idea how I would go on it compared to the rest of the guys out there.

The forecast was for a hot day, so I started hydrating early and tried to keep it up during the day. This backfired on me a bit as I ended up having to take a pee about 5 times between qualifying and the first race! There were seven different races to get through on the program and my class PreModern F2 wasn’t out until the last of them, so it was already warming up by the time we got out on track for qualifying.

Qualifying went pretty well, although I was surprised at the amount of traffic I was having to work through…I was getting flashbacks to my last trackday! I managed to get a few clear laps though and was pretty happy with the pace and how the bike was running so decided to pull in. This ended up being pretty much when they put the chequered flag out anyway, and when the time were put up I was surprised to see that not only had I gotten a PB of 1:07.99, I’d also snagged 3rd on the grid! P1 was an F1 GSXR750 ridden by Steven Ward and P2 was my main target for the day, Wade Lewis on his F2 CBR600.

As Julian commented when I gridded up for the first race, neither of us were used to seeing me that close to the front, so it was a bit nerve racking for me to be honest. I hadn’t had any chance to practice any race starts on this bike, so I had no real idea how I was going to go off the line and was getting pretty nervous about it. The red flag gets walked off, the lights go on, and I just have time to think to myself “hang on, those are yellow lights not red” before the lights go off and half the field take off. The other half were still sitting there wondering what the hell the yellow lights meant. Not wanting to get rear ended or drop more places if the race was continuing, I got going with a really crappy start and set about chasing down the bikes in front of me, all the while keeping a close eye on the flaggies to see if anything was going to be done about the unusual start. Luckily the red flags came out about half way around the track and we were waved back down to grid up again. 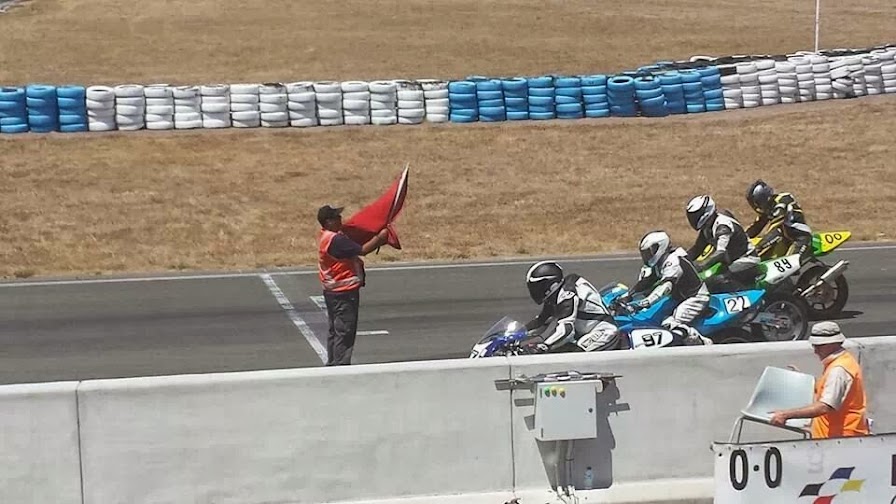 So that was one bad start out of the way and I was hoping I could get a better one the second time around. This time the red light came on and when it went off I got another not great start, although I didn’t lose too many spots off the mark. One rider on a P6 FZR1000, who was to become my nemesis through the day, decided to cut across not only my front wheel from the left, but also Harley who was just in front and to the right of me, ending up putting himself right on the inside of turn 1 and 2 and on a really bad line. I’m not quite sure what that was all about aside from showing us must be after bigger sheep stations and plastic trophies than we were, but what it did do was put himself between me and Wade.

My nemesis then showed that he didn’t quite have the pace to run near the front and after I got a good run out of T10, I pulled up beside him down the straight and then managed to get in front of him into the kink. I put my head down and pushed as hard as I could to try and reel Wade back in, eventually getting the gap down to two seconds and setting my PB so far of 1:06.65, but just not quite being able to close the gap. So I finished race 1 in 3rd place overall and 2nd in class, much better than I ever thought I was going to manage on my first run out. The pressure was now on to see if I could get a better start and back the result up in race 2.

At this stage we’d had a number of delays in the other races with one rider having to be airlifted out (he’s since reported elsewhere that he’s OK which is great news), so it was announced that the third round of races wouldn’t go ahead and we’d just be doing the two rounds. Given the heat, I didn’t hear anyone complain about that decision. 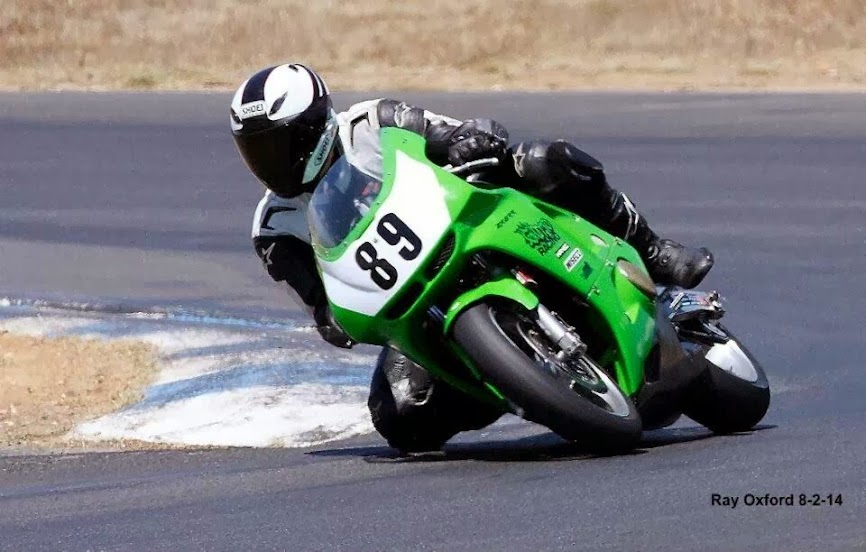 For race 2 I got a better start, but still not as good as I’m going to need to get in the future. Yet again the FZR1000 used its extra power to get in front of me off the line, so I found myself lining him up through the cauldron and diving up the inside on T9, knee and toe sliders scraping the track and both tyres doing some sliding of their own. I got past, but I’d lost a bit of drive down to T10 where he stuffed it up the inside of me then he overcooked it and ran way too deep. This gave me the chance I needed and I put my head down again to try to catch Wade. Unfortunately I’d lost too much time again and I couldn’t close the gap, only getting within six seconds. I checked my nemesis wasn’t too close and decided to just make sure I brought it home in one piece, again finishing 3rd overall and 2nd in class, which also ended up being my final results for the day. 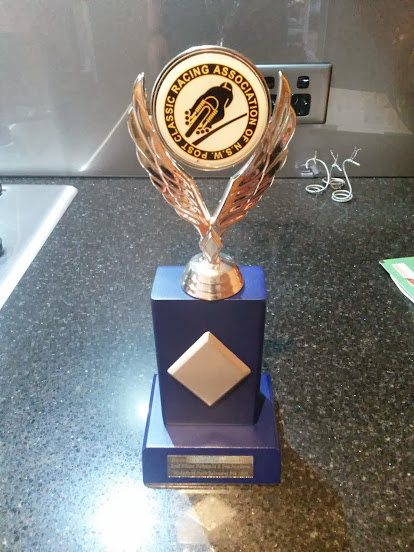 So overall I’m absolutely stoked with how the bike went at it’s first race meeting with me on it, exceeding my expectations and being heaps of fun too. Unfortunately I can’t make the next round at EC, so I’m not looking at an overall championship result this year, but then I wasn’t planning on that anyway as it’s just going to be my year to get used to the bike.

So I’ll finish off with a big thanks to all the people who came up to help on the day, from the TGR crew Charlie, MStevo and Dids in the pits, to Madmonk, Jessa and Jonesi on the flags. Also to my fellow pit mates Gosling1 and MizRX3, as well as the guys anmic and adam993 who were out there for their first ever races and handled themselves well.

I also have to say a big thanks to RT Screen Printing and Rob Lloyd for the support with the pit garages and in the pits as well.