Been a real rollercoaster here at the TGR back end – I’ve had a heap of work stuff on, and we had a bit of a hosting hiccup. The previous webhosts broke a few things and support was non-existent in an appropriate timeframe. Consequently, we’ve moved hosting and now should have much better availability!

Current projects being worked on include a 1983 Honda XR350R, the 1977 Honda C90 Supercub and the RD250LC engine rebuild – so expect plenty more updates to come! 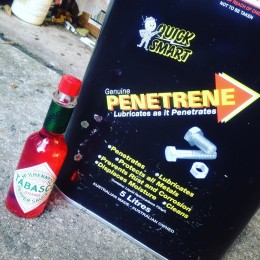 Penetrene dispenser on the cheap

I’ve been looking for the right dispenser for my bulk penetrene for ages, and I finally found one: an old 60 mL Tabasco bottle. The dripper works perfectly with it! I bought this penetrene a couple of years ago and it’s been a royal pain to decant for use – but not anymore.

Just gotta be a bit careful at BBQs around here now. 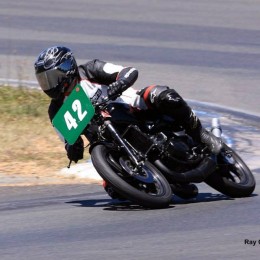 tl;dr didn’t race much, went fast, blew some stuff up. Had fun.

Mick’s season report inspired me to actually sketch down what I did. Not as a competition – he had way more success than I did, but so I can set some goals and see how it’ll pan out. Click on the ol’ read more to check out how it went for me.

The 2015 PCRA racing season kicked off early at WP in February and I have to admit I was pretty nervous about how the year was going to pan out. I’d had some good individual results the previous year, but a dropped valve in the middle of the season brought things undone, so I was looking to string together a full season, not just some good one-off results. 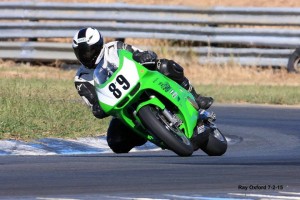 One of the challenges to this would be the fact that the motor that had dropped the valve was the fully rebuilt race motor that came with the bike, however I’d had to pull that out and put in a high kilometer second hand, bog stock motor that I bought off Charlie. I’d pulled the head off it, cleaned out the wasps nest from the exhaust ports, tidied up the piston tops, checked the valve clearances, moved over the stator, carbs and headers, and changed the oil. Other than that it was unmodified. 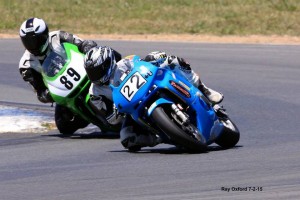 It must’ve been a good motor though, because it lasted almost the whole season without any problems, the final round being the only one that it gave me any issues with an oil leak from the clutch cover gasket that was my own lack of preparation.

A highlight of the season for me was taking my first outright race win, and then backing it up with a few more throughout the season, ultimately ending up winning the PCRA PreModern Formula 2 title for 2015 alongside a couple of first place trophies in the 1 Hour events as well.

A lowpoint, racing at SMSP South Circuit and realising that I was nowhere near fit enough to race even one class there, never mind two classes. The following meeting at WP confirmed this as I struggled to keep in front of Harley on his 400 and my laptimes were nearly 2 seconds of my best….and knowing that Harley was yelling in his helmet “get out of the way you fat bastard” didn’t help either. It may only be club racing, but you still have to work hard to be at the pointy end and it was a timely reminder that I needed to do both more personal preparation as well as more bike preparation. 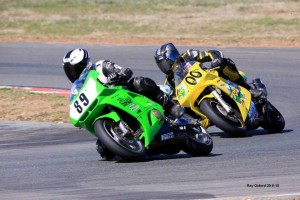 So 2016 has a much later start to the season and the races compressed into the middle of the year, so I started on the fitness and weight loss in September and I’m planning on taking the next couple of months to get the bike fully prepped, all with a plan to improve on 2015 and hopefully secure another title along the way.

I’d like to make special mention of my pit mates over the season who made the whole thing so enjoyable and entertaining, in particular Gos, Chops, Nelso and Leanne, and also all the other characters at the track like Steveo, Harley, Jessa, Andrew, Adam, Jonesy, Lech etc.

Who needs carbs when you have start ya bastard?

A true TGR carb free diet. This one is from the archives; Whickle provided the video and Charlie and I tested out the theory we didn’t need a carburettor on a recently unearthed Honda CT125. Note the bike had been found at the local dump; the engine will live on in a TGR gokart.

The new season of racing for the PCRA in 2015 is starting with Round 1 on Saturday the 7th of February up at Wakefield Park. Come up and watch TGR represent with Chops racing in P5 250 and P5 350, and me racing in PreModern F2 and PreModern F1.

The club have changed the program around a bit this year in an attempt to get a more sensible grouping of the different bikes and classes, and also to get some more track time for some of the different riders. What this means for me is they’ve separated out PreModern F1 and F2, so I can go back to entering two classes like I used to do on the LC. It also means the objection to the PM F3 bikes racing up a class in PM F2, and so being on track with PM F1 bikes, should no longer be an issue.

I suspect there will still be some riders put out by the changes, but there always will be I guess.

I’m hoping the club continue the other changes they were implementing late last year in an attempt to keep the meeting flowing and get through the full program without having to shorten races e.g. getting strict with the scrutineers and looking at the bikes that have crashed to see if there was anything preventable that caused it. They are also planning on rotating the race group that starts first at the meeting between different meetings, so if there are delays or cancellations then it’s not the same class getting a raw deal every time.

It’s going to be an interesting year!

… slowly working on collecting all of the various worklogs I’ve written. Right now I’ve just migrated my epic post on how to install time-sert thread inserts. Rome certainly wasn’t built in the day, but we are slowly adding more stuff to help you find all of your motorbike mechanical tips and tricks in one place.

Also, now’s a good time to plug the Team Ghetto Racing Facebook group in case anyone reading hasn’t found us over there.

Final round of club racing round 2014!

With the entry lists up and Garage allocations done the time is approaching for the final round of club racing for 2014 with the St George MCC on the 8th & 9th November at Eastern Creek. Should be a huge round with 260 competitors at the moment including some big names, Aidan Wagner, Aaron Morris and Mitch Levy. Looking forward to getting the R6 out there for the final round with all new front suspension (Thanks Suspensionsmith!) and at least an additional 10hp thanks to 2 TGR stickers :). If your in the area drop by for a sticky beak, should be a awesome racing!

Not worthy of a full worklog page, but today I helped out some mates by fitting a 520 conversion/alloy sprockets to a 2012 Street Triple. These bikes are a bit of a pain to get off the front sprocket cover and the owner wanted to make it easier to clean the chain gunge off. 45 minutes, some 2mm aluminium and a bit of thinking, and I had it made. Couple more pics below the break. 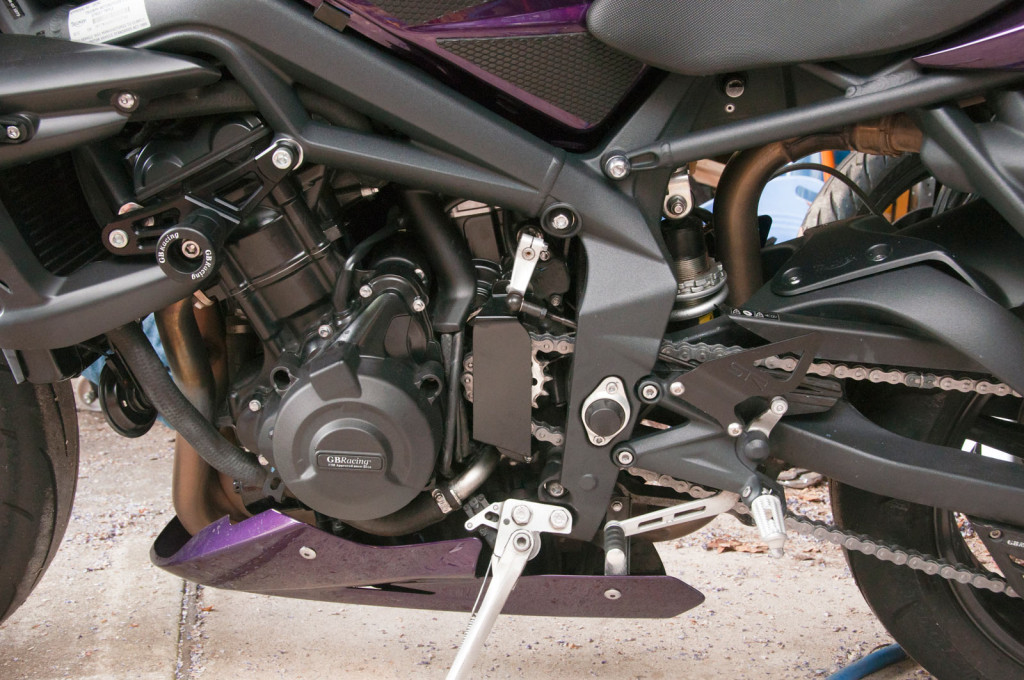 What an absolutely fascinating race the 2014 Aragon MotoGP presented. It had it all – lots of battles, drizzle slowly getting heavier and some clangers of decisions made in terms of a flag-to-flag race. Lorenzo scooped up after the Repsol Honda boys binned it trying to hang out too long on slicks. The race itself is covered extensively everywhere else, what I thought I’d do here is present a race history chart and then, below the jump, look at the what-if scenarios for Marquez had the weather been a touch more favourable. First up, the race history chart

This chart is fascinating for a couple of reasons. Firstly, the big thing is you can see the effect of getting the call right in terms of lap to pit. The rain steadily increased, making it a tougher call. Even the fastest guys on wets, e.g. Lorenzo, were only doing 2’02-2’04 laptimes, and until lap 18 Marquez and Dani were increasing their lead.

Nevertheless, slicks don’t keep their heat forever and the rain steadily increased, catching out those who stayed out a bit later… the biggest losers here were both of the Repsol Honda runners who really screwed the pooch in this race. That said, it was far from a clear-cut decision because the decision was being made only a couple of laps from the end. Looking at the lap times, the cost for pitting was about 28-30 seconds; with 4 laps to run you just have to be doing 7s/lap slower on slicks to still end up winning by not pitting. Below, let’s look at what would have happened had the weather gods smiled a bit more on Marquez.