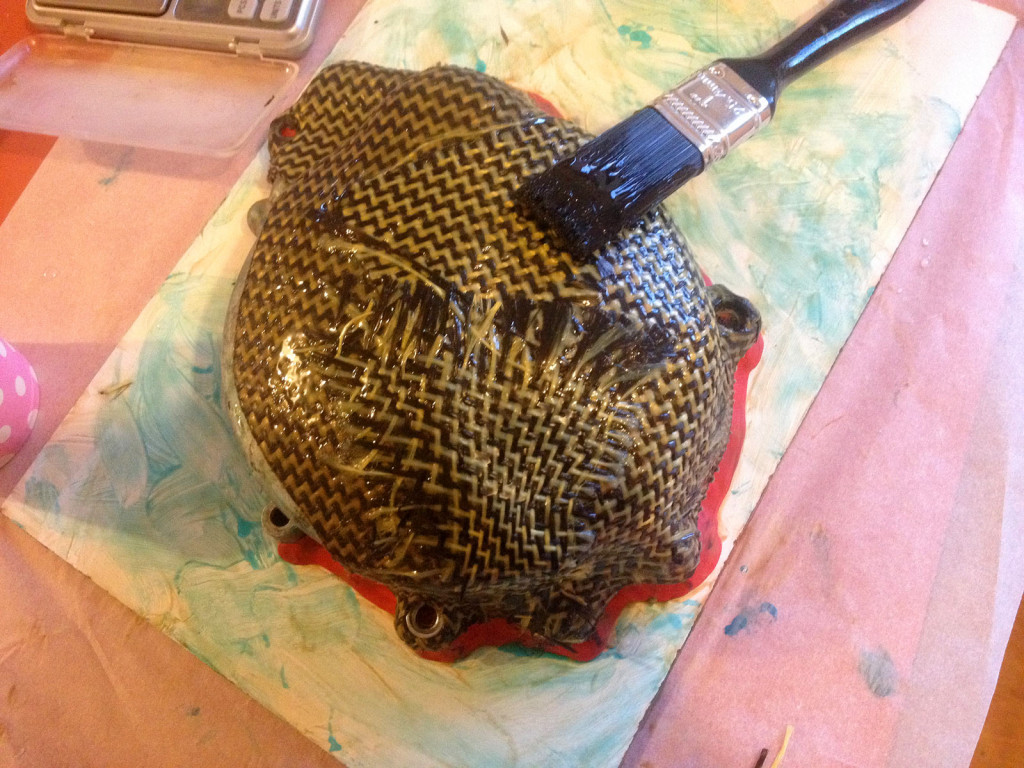 So, you made yourself some fancy covers using our handy DIY carbon fibre article but then came off? No troubles, here’s how to repair one!

This one was a reasonable accident where the bike slid for a while. The cover only just wore through and there weren’t any sizeable marks in the normal cover. The cf-kevlar did its job, but now it’s time to repair it. This is also a good time to reinforce that particular area where the bike slid.

Pretty much everything you’ll need for preparation. A cutoff wheel to get the worn out area a bit better, and a flap disc to clean up the edges. 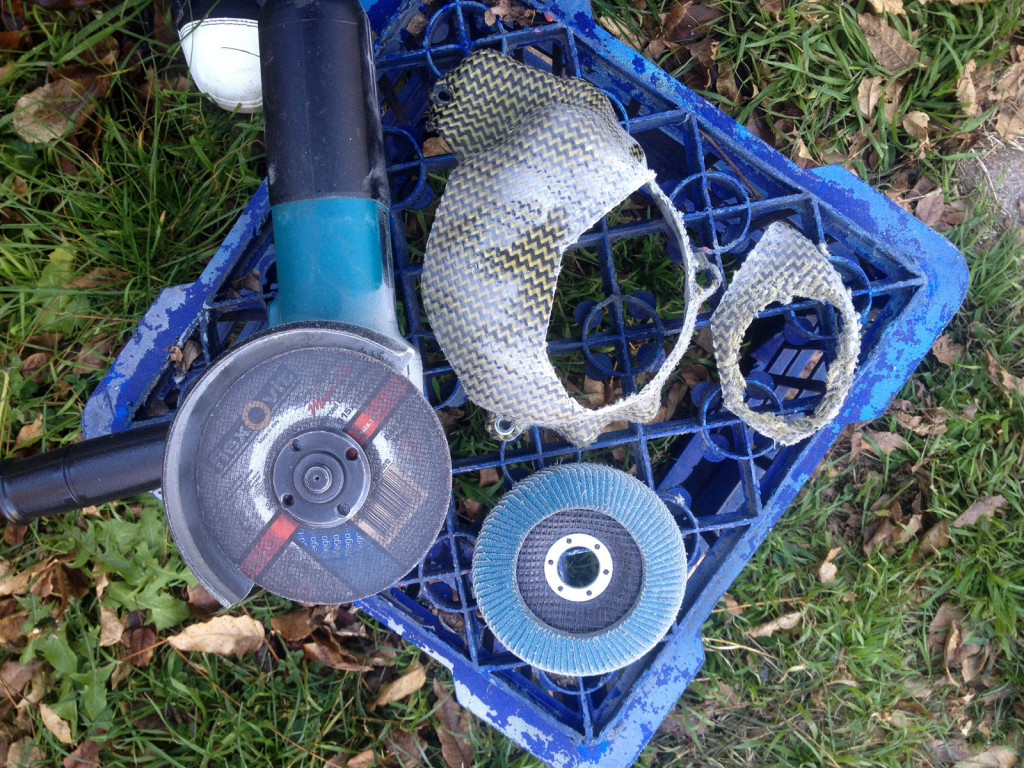 After cleanup. Nice and easy, just taking out a chunk to make it a bit easier to have something decent to repair to. 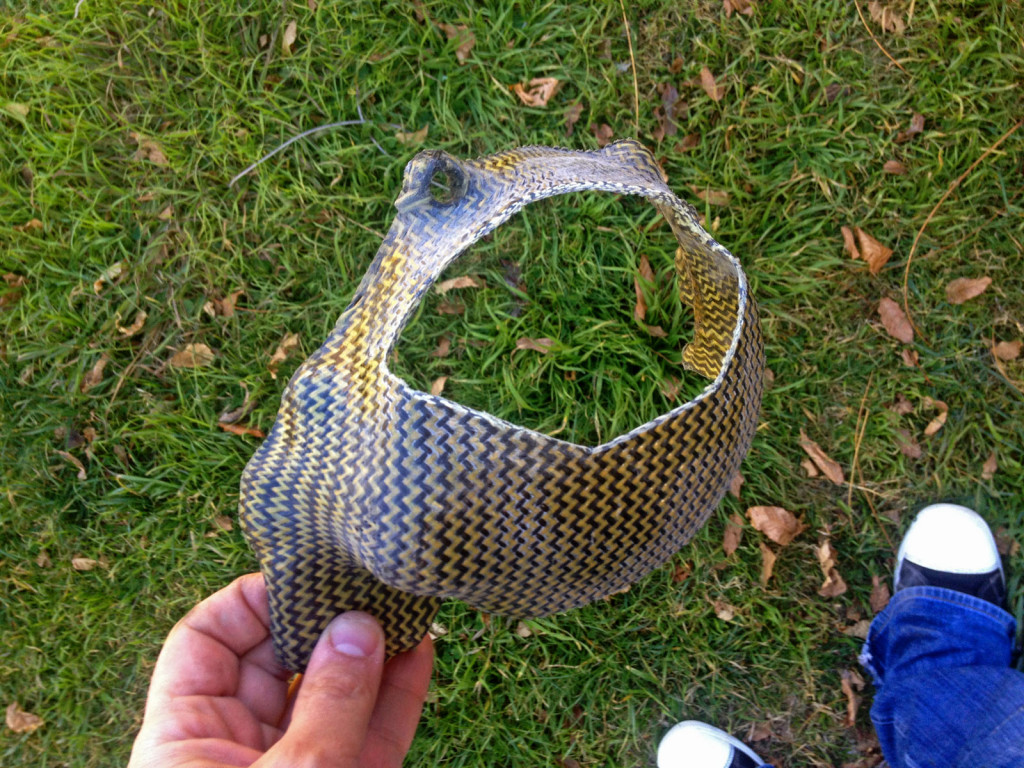 Another shot of the area to be repaired.

In this case, a spare cover was used as the plug for the layup. You can do it on the bike or just using something else to make the appropriate shape to lay the fabric to. 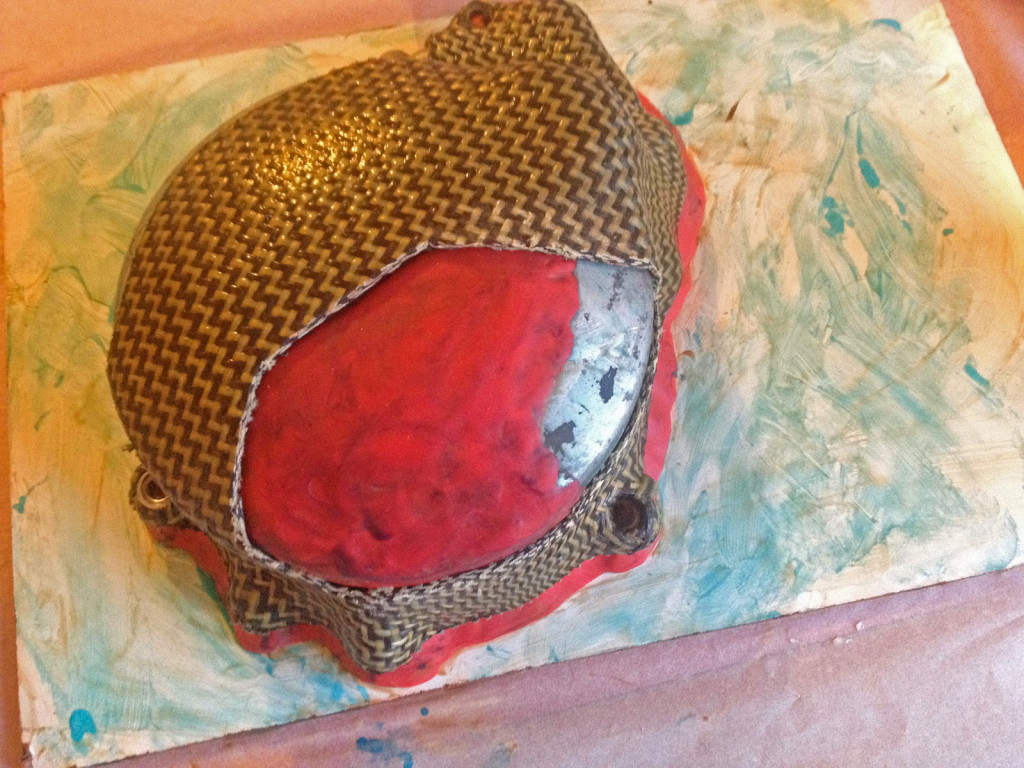 The cover, with the extra modelling clay to make it the right shape, has already been waxed and treated with mould release compound. 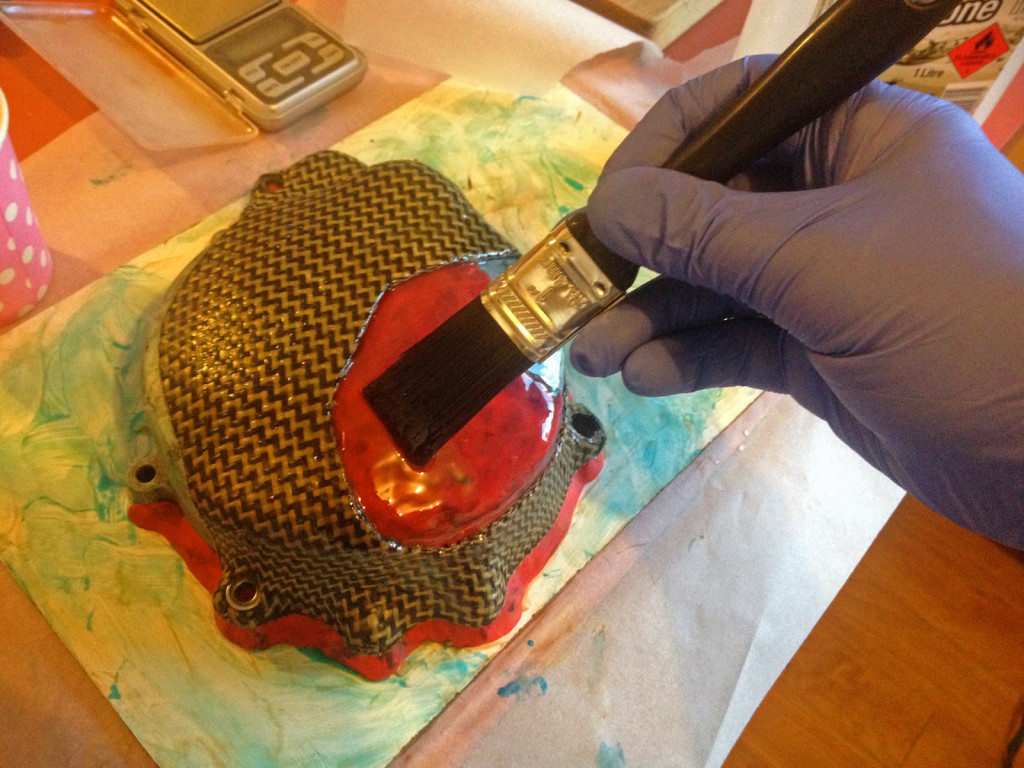 First layer of epoxy going on. I let this go tacky and then…

… I used some offcuts of cf-kevlar to patch the hole. This one is going to be a spare, so it’s no huge drama that it’s a bit uglier. 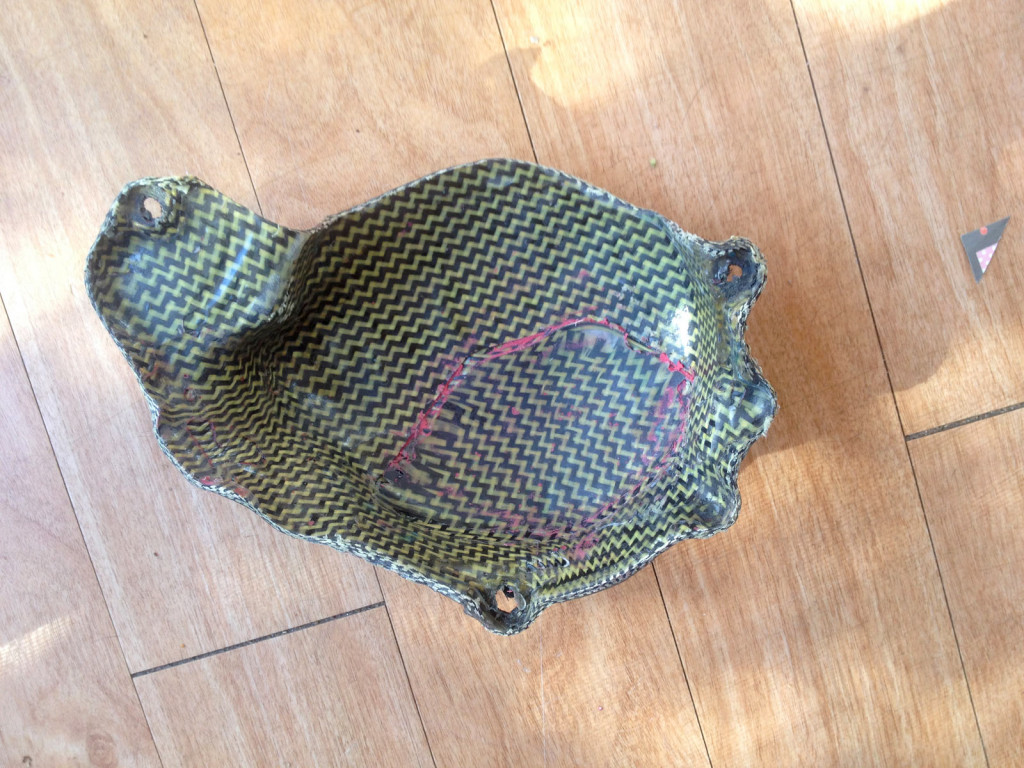 Repair from the inside. 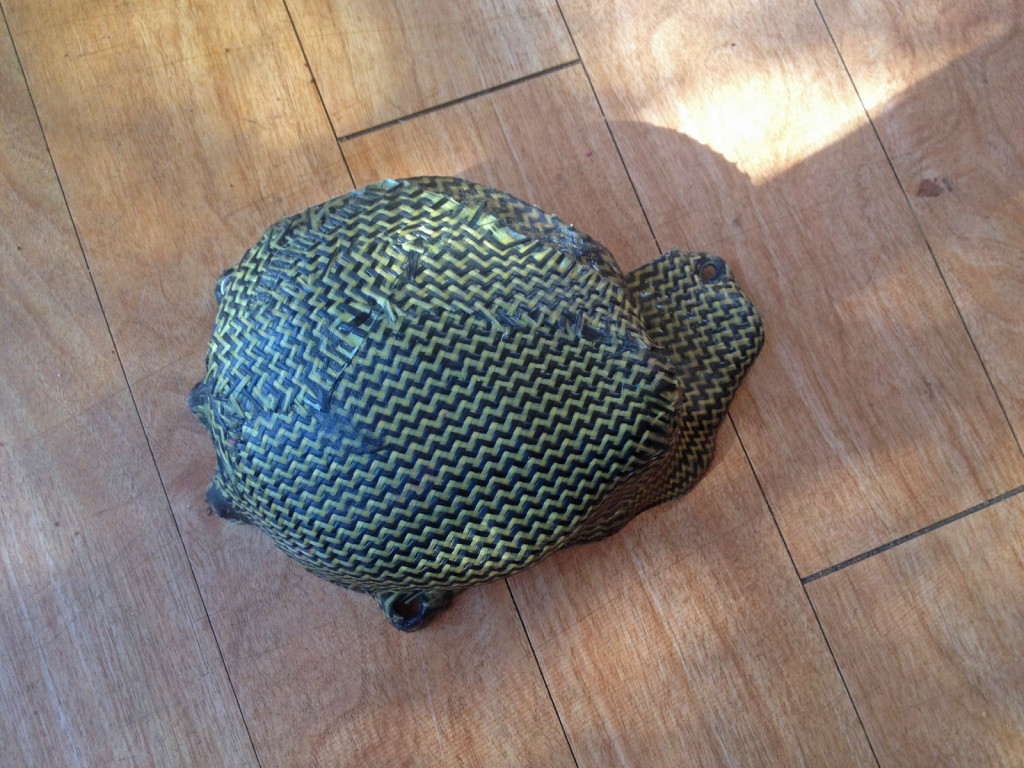 Repair from the outside. Pretty simple!